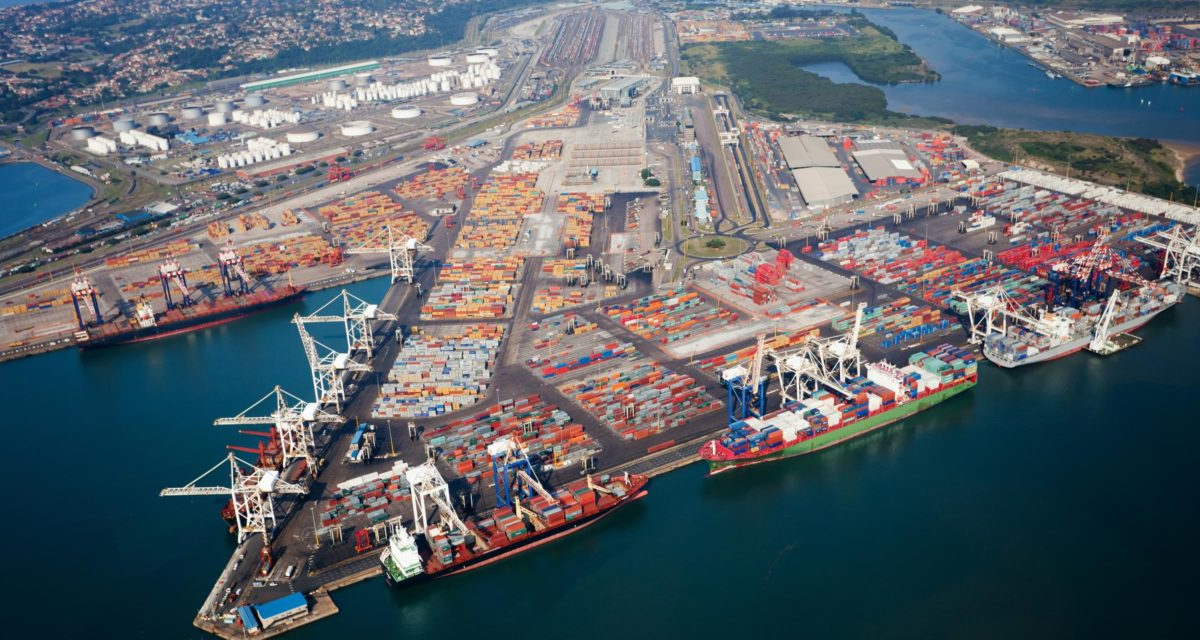 The Department of Public Enterprises has announced a master plan for the Port of Durban which will seek potential private investments of R100 billion into the port over at least the next ten years.

The announcement forms part of the broader transformation of Transnet, which the minister described as a “recovery, reconstruction and reform” plan.

According to Gordhan, the first reform to establish TNPA as an independent subsidiary is moving ahead.

“Significant progress has been made in establishing the infrastructure of the subsidiary and the kind of role it would play in relation to investments in each of the ports, in order to facilitate the efficiency of the ports themselves.

“It is hoped that by October this year, a further request for information would be issued by TNPA to establish market appetite for the building of the point terminal at the Durban port – and that will be a huge infrastructure investment,” Gordhan said.

The second reform is to explore the potential for investment in the Port of Durban and the Port of Ngqura in the Eastern Cape.

He added that the requests for information from private business would allow government to create partnerships with both local and international business, which would bring the expertise and cash investment required for the upgrading of infrastructure and equipment at the country’s ports.

In respect of the Port of Durban Master Plan, Gordhan said a clear and proper process had been established to sound out potential investors.

The first round of requests for information kicked off in July and are ongoing.

Further engagements with interested businesses will see a round of requests for quotations open between August and September.

Following that process, requests for proposals will be entertained between November and January 2022.

Bid evaluation processes will be held in February 2022.

Finally, the finalisation and approval of bids will be done between March and June 2022.